This browser is not actively supported anymore. For the best passle experience, we strongly recommend you upgrade your browser.
All Posts Subscribe
September 12, 2019 | less than a minute read 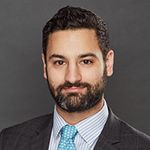 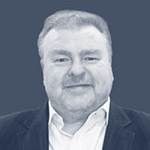 I am very excited to be able to introduce DLA Piper's new sports podcast series, in which we will be speaking to various friends within the sports industry to discuss the latest "hot topics" within their particular sport.

In this first podcast, Nick Fitzpatrick and I speak to Angus Bujalski (Legal and Governance Director) and Stuart Tennant (Legal Counsel) at the Rugby Football Union about the upcoming World Cup, and players' use of social media.

In particular, we discuss:

We hope you enjoy it!

Nick Fitzpatrick
Partner
By Nick Fitzpatrick
Over recent years, there have been a number of examples of racism in sport, and as a global law firm we understand that these issues are...

Here is your 31-man England squad for Japan 🌹

With just 10 days to go until the start of #RWC2019, here is a look back on how the final five teams qualified to this year's World Cup... pic.twitter.com/CQJflwFJF4