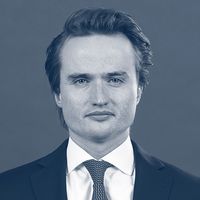 The European Commission has announced that it is working on a Digital Services Act to redesign liability and security rules for platforms on the Internet. It is now clear that the business practices of major platform operators could also be subject to increased regulation to ensure the competitiveness of (smaller) European services. The companies concerned could face massive interference in their entrepreneurial freedom.

The European Commission has commissioned a study to examine the activities of Facebook etc. to gain insights for the further legislative project.

The aim of the legislation is to develop market tools that prevent a market from being dominated by a single participant due to excessive market power.

There are even thoughts that large platforms could be forced to divest certain business areas, as the news agency Reuters reports. In the Commission's view, this would give the platforms concerned an undue advantage in terms of the services they offer. The Commission is thus ignoring the fact that this can also generate important synergies for innovation.

The new law could replace the e-commerce directive, which is almost exactly 20 years old and which has regulated electronic commerce in the European Union to date.

According to an internal paper of the European Commission, published by netzpolitik.org, consideration is also being given to setting up a central supervisory authority to concentrate the regulation of online services.

In this respect, it remains to be seen whether the European legislator really wants to exercise greater control over important service providers and platform operators in the future. We will keep you informed about the ongoing development.

European Court of Justice: Information regarding alternative dispute resolution must be included in the general terms and conditions of a website
Nico Brunotte

Update 2.0 to the Digital Services Act - Farewell to the "Notice-and-takedown" procedure?
Nico Brunotte