This browser is not actively supported anymore. For the best passle experience, we strongly recommend you upgrade your browser.
All Posts Subscribe
December 10, 2020 | 5 minutes read

Looking outside the window(s): How streaming services have affected cinemas’ monopoly on movie releases

Streaming services have seen an enormous rise in popularity over the past few years. In 2019, in addition to Netflix and other similar offerings, both Disney (Disney+) and Apple (Apple TV+) launched their own streaming platform. More recently, in Belgium, telecom operator Telenet and media group DPG introduced their joint local streaming platform Streamz. The rise and popularity of streaming services pose a challenge for the cinema industry’s quasi-monopoly on new movie releases, even more so in COVID-19 times.

As cinemas across the world were obliged to close temporarily, or only operate with limited capacity, releases on the silver screen may no longer be the most commercially viable option for film production companies. Many blockbusters, if not postponed, are currently released directly on streaming services instead. Disney’s live-action remake of the famous animation film ‘Mulan’, for example, premiered on its streaming platform Disney+ and the same approach will be followed for its upcoming film ‘Soul’. Moreover, film studio Warner Bros announced to simultaneously release its upcoming films in cinemas and on streaming platform HBO Max as from 2021. Previously, even before the pandemic, competitors like Netflix have been doing the same and, undoubtedly, more market players will be following this lead.

There is, therefore, an increasing shift away from the traditional media chronology of cinematographic works. In the past, films were released in movie theatres before being released on DVD and Blu-ray and before being shown on television. Such sequential chronology is also known as the ‘release windows’, which dates from the early 1980s and was introduced to optimize and streamline the exploitation of a movie by avoiding competition between the various forms and markets of exploitation of a movie.

Initially, in many places, release windows were subject to legislation, varying from binding legislation or regulation to soft-law, such as industry agreements. In these rules, streaming services generally have been assigned one of the last windows. In light of the developments in the media landscape, it is particularly relevant to examine whether or not these rules do prevent streaming services from following the pace of this new broadcasting trend.

In 1989, the European Economic Community adopted the “TV Without Frontiers Directive”. This directive specifically addressed the release windows of cinematographic works in its Article 7:

Release windows have diversely evolved in the Member States

On the directive’s revision in 1997, Article 7 was abolished by the community legislator and was replaced by the current rule incorporated in the “Audiovisual and Media Services Directive” (AVMSD), which simply provides that “Member States shall ensure that media service providers under their jurisdiction do not transmit cinematographic works outside periods agreed with the rights holders”.

Release windows have thus been liberalised at the EU level, and the parties concerned have – at least from an EU law perspective – regained contractual freedom to determine independently the applicable release time frames for the various forms of exploitation of their works. In the absence of any binding EU rules, however, diverse national frameworks have come into place across Member States.

In Belgium, the three community decrees and the federal act on audiovisual media services contain a provision that is similar to the AVMSD. In addition, on 23 March 2012, the Concertation Committee of the Cinema and Audiovisual Centre – an advisory body to the relevant Minister of the French Community – adopted a “Recommendation concerning the exploitation of audiovisual works in the Federation Wallonia-Brussels”. This contains rules on release windows with specific time frames for fictional cinematographic works, starting with a theatrical release and ending with a release on subscription video services on demand (SVOD, i.e. streaming services) and free video services on demand (such as YouTube). The recommendation, however, has neither legally binding value nor enforcement mechanisms. Therefore, without prejudice to obligations in agreements concluded between the parties concerned, film production companies are free to choose their own release windows and can thus opt for a first release on streaming services.

In Germany, a legal framework concerning the media chronology of cinematographic works applies, yet only with respect to works supported by the German Federal Film Board or by the German Federal Film Funds. The German Film Law on film funding (‘Filmförderungsgesetz’) imposes, amongst others, a window of 12 months between the theatrical release and the release on SVOD services and six more months for the release on free VOD services.

In the Netherlands, the receipt of a financial contribution for the distribution of films is subject to delegated legislation, which stipulates that there must be a period of six months for documentaries and 18 months for feature films and long animated films between the theatrical and non-theatrical release. Similar approaches apply in Ireland and Italy: where financial support for cinematographic works will only be granted upon the fulfilment of certain release windows.

Whereas in these Member States, the regulatory frameworks regarding release windows of cinematographic works are inherently linked with rules on film funding, France specifically provides a legislative framework for the chronology of the exploitation of cinematographic works in Title III of the French Cinema Code (‘Code du cinema et de l’image animée’). The French Cinema Code imposes a time frame of four months between the theatrical release and distribution on DVD, Blu-ray and transactional VOD (pay-per-view). Concerning the release of films on both on-demand audiovisual media services and television services, the Code refers to industry agreements which may become binding under certain conditions. This is the case for the renewed industry agreement of December 2018, which has become generally binding after endorsement by Ministerial Order. Consequently, production companies aspiring to release their films on streaming services in France will have to consider these mandatory release windows. As a general rule, films can only be released on streaming services 36 months after theatrical release, except where the streaming provider has taken up extra commitments (relating to investment, broadcasting, payment of a “video tax”, etc.). There, the release window can be brought back to 30 or even 17 months after theatrical release.

It should therefore come as no surprise that streaming catalogues across countries differ significantly and that new broadcasting trends are not emerging everywhere at the same pace. In countries like Belgium, the parties involved in the production of a film are free to release their new blockbuster directly on their preferred streaming platform. This may be different in other countries where fixed release windows are in place or depending on the film’s funding. 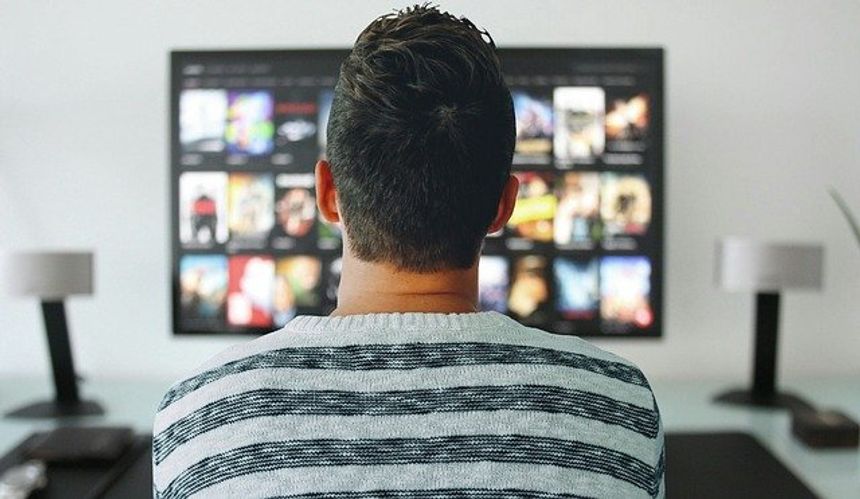