This browser is not actively supported anymore. For the best passle experience, we strongly recommend you upgrade your browser.
All Posts Subscribe
May 13, 2021 | 5 minutes read

One job now ticked off all our "to do" lists, is (hopefully!) the completion the 2021 UK census. With the results set to be revealed early next year in 2022, we will have to wait to get up to date details about the make-up of the population. However, the last census figures from 2011 confirmed that 14.5% of the English population were from Black, Asian, and Minority Ethnic (“BAME”) backgrounds. Yet, despite this, the Diversity in Sports Governance Report 2018/19 found that only 5% of board members across Sport England and UK Sport-funded bodies identified as BAME. In addition, only 5% of board members declared or consider themselves to have a disability, compared to 22% of the UK population.

The Black Lives Matter movement has increased focus on the topic of diversity and racial inclusion across all sectors, and this includes the issue of a lack of BAME representation at board and leadership levels. It is in this context that UK Sport and Sport England announced a detailed review of the Code for Sports Governance (the "Code"), with a focus on updating provisions dealing with equality, diversity and inclusion amongst other things. In launching the review, Tim Hollingsworth, Chief Exec of Sport England, said "With Black, Asian and Minority Ethnic numbers at Board and leadership levels quite rightly in the spotlight at the moment, this must not be another false dawn for addressing the racial inequalities that exist within sport, and the review of the Code for Sports Governance will serve as one of the key pieces of work on this front."

The current version of the Code

The Code, as launched in 2016 (in force from 1 April 2017), sets out levels of transparency, accountability and financial integrity which are required from organisations that seek Government or National Lottery funding from Sport England or UK Sport. It is comprised of three tiers, each with different level of requirements depending on the type and size of the investment being made. However, one of the notable and well publicised requirements in tier three of the Code centers around the diversity of organisations and, more specifically, the diversity of the boards of those organisations, which ultimately act as the decision-makers. The Code provides that an organisation must adopt the minimum target of 30% for gender diversity on its board and must demonstrate a commitment to progressing both gender parity and diversity generally. General diversity includes reference to (but is not limited to) BAME diversity and disability diversity.

The Code not only sets targets but seeks to drive the right behaviours and ensure accountability. For example, organisations must identify the actions that they will take to support and maintain targets in relation to diversity. They must also ensure that diversity information is published on their websites and that the organisations undertake an annual progress review in relation to their actions to promote and support diversity.

Application of the Code - its aims and what it has achieved

The Code therefore clarifies the expectations on organisations in receipt of funding and encourages these bodies to raise their governance standards. In fulfilment of this goal, the Code seeks to apply principles which are generally and widely accepted as good practice in corporate governance.

When determining the content of the Code, it was recognised that diversity of boardrooms within the sports sector was a key issue which required fundamental change. An organisation should be able to draw on a diverse range of opinions and experiences, as it is widely considered that diversity will improve decision-making within an organisation. For example, research shows that inclusive teams make better decisions 87% of the time and are more likely to develop new products than those with homogeneous leadership (as noted in Forbes and the Harvard Business Review respectively).

In 2016, prior to the Code’s enactment, a survey conducted by Women in Sport found that only around half of the National Governing Bodies (“NGBs”) funded by Sport England and UK Sport met the requirement to have a board comprising a minimum of 30% women. In addition, nine of the sixty-eight NGBs had no women at all in senior leadership roles and one organisation had no women in any leadership position.

Since its launch in April 2017, the Code has improved gender equality on sports boards, with women now accounting for 40% of board members across funded bodies and almost three quarters of the boards have achieved the 30% benchmark required under the Code. In addition, UK Sport and Sport England have collaborated on a programme with Perrett Laver to recruit and up-skill a more diverse network of board candidates. So far, the partnership has seen 23 appointments made to sports boards, with 61% of those appointed being of BAME backgrounds and 74% of those appointed being female. There are also 50 BAME women in the network of potential board candidates.

These results show that, despite progress already made, there is still much to be done to ensure that boards of sports organisations are representative. As noted above, the percentage of BAME board members or those with a disability remain low.

Review of the Code - What's next?

A joint review of the Code conducted by UK Sport and Sport England was therefore launched last year. The review was intended to identify areas of the Code which would benefit from further development and it has focused on three key areas:

(1) a substantive review of elements of the Code pertaining to the make-up of the boards of sporting organisations, in order to reflect a commitment to increased representation of those from BAME backgrounds and those with disabilities or long-term health conditions, as well as looking to further increase female representation;

(2) a general review of other elements of the Code, drawing on three years of experience using the Code (with more than 200 bodies having now been assessed); and

(3) a check against current governance best practice from other sectors, recognising that thinking may have moved on since the Code was first launched in 2017.

It is clear from statements made in the context of the review that this is an important moment for change and for the Code to have a meaningful impact and to go some way towards addressing the inequalities that exist in sport. As noted by Simon Morton (Chief Operating Officer of UK Sport): “We are particularly mindful of the need to ensure that boards are reflective of society across the UK. We’ve seen the power of the Code to effect positive change to the gender balance of sports boards, and it’s right that we consider how this approach can be broadened.”

The outcome of the review and proposed changes are expected to be announced this year. The changes will also be discussed during a panel event hosted by DLA Piper on 23 June 2021. The panelists will include Louise Hartley (Head of Legal at Sport England) as well as Lisa Wainwright (CEO of Sport and Recreation Alliance and Technical Director for International Volleyball (FIVB)) and Catherine Beloff (Director of Legal and Governance and Company Secretary at the British Horse racing Authority and Director of the British Association for Sport and Law). The panel event will be the first in a series of webinars hosted by DLA Piper, which will explore a number of issues pertinent to the sports industry, with a particular focus on the role of women in sport. 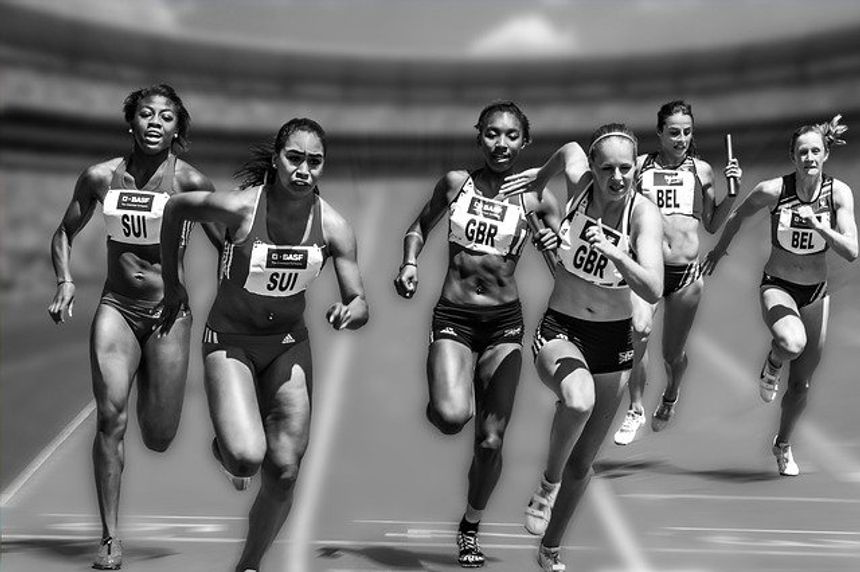