This browser is not actively supported anymore. For the best passle experience, we strongly recommend you upgrade your browser.
All Posts Subscribe
September 28, 2022 | 5 minutes read

Professionalism and the growth of women's rugby union in Europe

After a 12-month delay due to the COVID-19 pandemic, the women’s Rugby Union World Cup 2021 is due to kick off in New Zealand next week (Saturday 8 October 2022) and will run until Saturday 12 November 2022. Women have played rugby for around 130 years and the growth and popularity of the women’s game has soared over this period across rugby league, union and 7’s. There is even talk of establishing a women’s British and Irish Lions team to tour France next year.

However, women’s rugby union has only very recently entered the realm of professional sport, with England and France leading the way with professional contracts for its rugby union teams in 2019. This blog post focuses on the importance that professionalism has played in the rise in popularity of the women’s game in recent years, and the potential for women's rugby to grow further in the coming years. We recently also recorded a short 5-minute vlog on the topic of professionalism in women’s rugby, in case this is of interest (click here to view the vlog).

Professionalism means paying athletes a salary for their participation in sport, but professionalism is so much more than just pay. It also means access to top level coaching and training environments as well as, crucially, time. Being able to fully dedicate your time to your sporting career and not have to worry about squeezing training in around shifts and having time to recover properly between matches makes a huge difference to players’ ability to perform at their best on match day.

In 2019, every member of the England women’s rugby union team were offered full-time professional contracts, making them the first women’s rugby team to become fully professional. France followed suit in the same year. Since becoming fully professional, England’s Red Roses have not lost a match and this year they topped the Six Nations table for the fourth year in a row.

During the 2021 Women’s Six Nations, Wales lost every match and failed to score a single point against Ireland and France. In January 2022, two months before the start of the 2022 Women’s Six Nations, the Welsh Rugby Union (WRU) announced that it was making 12 of its players fully professional and with another 12 players on part-time retainer contracts. After this announcement, Wales won 2 of their 5 Six Nations fixtures (beating Ireland 27-19 away and beating Scotland 24-19 at home) and lost narrowly at home to Italy (with a score of 8 – 10).

A day after Ireland were thrashed by England in April this year, Irish player Aoife McDermott posted a picture of herself back at work as a nurse. At this time, her English counterparts were able to rest, recuperate and prepare for their next game against France. As a result, the Irish RFU faced a lot of pressure from fans and the media to professionalise the women’s game, particularly in light of Ireland failing to qualify for the Women’s Rugby Union World Cup set to take place this autumn. On 4 August 2022, the Irish RFU announced that it is set to offer 43 professional contracts to women’s rugby union players in Ireland, across the 15-a-side and 7-a-side teams. The contracts are expected to range up to €30,000, excluding match fees and bonuses.

Similarly, the Scottish Rugby Union (SRU) announced in June this year that they would officer 36 professional contracts to their 15-a-side national squad players as part of a 4-year strategy and that, in the first year, the SRU would invest an additional £2.5 million in rugby at the elite and grassroots level to increase the sport’s visibility in Scotland. This announcement comes in response to Scotland’s women qualifying for the Rugby World Cup for the first time. Some of Scotland’s players, such as Jade Konkel, are already on professional contracts at club level to enable them to concentrate on rugby full time. However, this announcement will affect a full squad of players and will enable them to take time away from work or study in order to fully prepare for the World Cup.

In April this year, the Italian Rugby Federation (FIR) announced that it would be offering 25 part-time annual contracts to its women’s rugby union team as part of the team’s preparation towards the World Cup. Of the 25 players to be offered deals, 17 will be formally contracted while another 8 will be offered “scholarships”. Under both arrangements, players will be able to train from 80 to 130 days a year with the Italian national team

The growth of women’s rugby

The reach and popularity of women’s rugby has soared in the last 40 years since the first recorded women’s international rugby match. On 24th April 2022, England’s women beat Ireland’s women in front of a record home crowd at Leicester's Welford Road of 15,836 people. The world record attendance of a women's rugby international is 17,440 at Stade des Alpes in Grenoble for the France–England fixture in 2018. This year’s Women’s Six Nations was also the first time that the Women’s tournament had its own title partner in TikTok and there is now also a Women’s Six Nations segment on Sky Sports to broadcast the tournament. In 2021, private equity firm CVC purchased 14.3% of the Six Nations commercial rights and made a 5-year investment deal with the Six Nations of £365m to be divided between each of the six nations depending on their audience share (RFU: £95m; WRU: £51m, IRFU: £48m; SRU: £44.5 and £126m split between the FFR and FIR, with FFR getting the majority).

Yet another sign that Women’s rugby is developing in popularity is the women’s Rugby World Cup. In 2017, the tournament was given a prime time slot on ITV. In addition, this year’s tournament will consist of 12 countries competing. Whereas, for the 2025 world cup, the tournament will be expanded to 16 teams as a result of an increased uptake of the sport across the world (with women and girls now accounting for 28% of the global playing population) and as part of World Rugby’s desire to grow the Women’s game internationally.

A key issue for women’s rugby is that girls don’t tend to start playing the game until they are late into their teens or at university. As part of its investment in grassroots rugby to increase the sport’s visibility in Ireland, the IRFU partnered with Canterbury to launch its “Give It A Try” programme, to which around 4,000 girls across around 170 clubs in Ireland have signed up. According to 2022 figures by the RFU, there are now over 40,000 women and girls registered to play rugby at 400 clubs across the UK and World Rugby states that there has been a 28% increase in registered players since 2017 with a 17% year on year increase in participation across the UK alone.

The professionalisation of women’s rugby across Europe is evidence that the sport is growing and is being taken more seriously at the highest levels of rugby union. With more grassroots investment by rugby federations across Europe, and viewership of global showcase events like the Rugby World Cup increasing, the sport’s visibility and popularity is set to soar among young girls and sports fans everywhere. 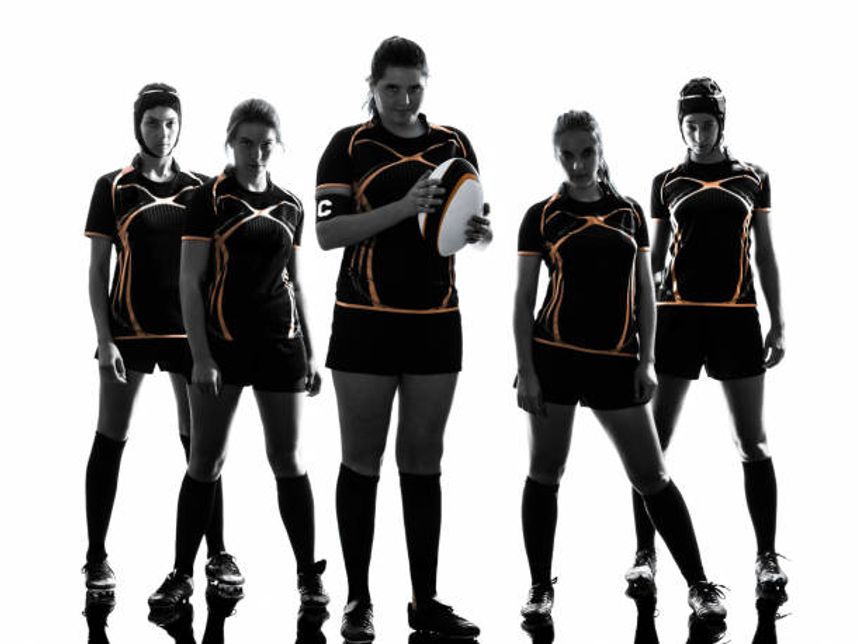