This browser is not actively supported anymore. For the best passle experience, we strongly recommend you upgrade your browser.
All Posts Subscribe
December 23, 2022 | 7 minutes read

Hare-brained scheme: Why the AI tortoises will inevitably lose the race…

“Slow and steady wins the race.”

All of us will have heard a multitude of variations on Aesop’s fable of the tortoise and the hare. The overconfident hare is so sure he can win a race with the tortoise that he races off, and is then so confident of his unassailable lead that he decides to take a rest. The plodding tortoise simply carries on at the same slower but consistent pace throughout, and overtakes the snoozing hare going on to win the race.

As a metaphor it works nicely, and we see many examples of the benefits of incrementalism in real life… the winners in many product categories are those that have slowly but steadily improved and refined their existing offering.

In technology terms, the hare and tortoise are (respectively) replaced by the early adopter and the sceptic who waits for a particular technology to mature and become mainstream. Various factors, including the need to recover research & development costs, low yields on early production processes, the cost-benefit implications of Moore’s law, and bugs / instabilities / incompatibilities mean that there is often a significant cost to being an early adopter. The canny customer who waits just a little longer can derive a lot of the same benefits as the early adopter at a fraction of the cost.

In business and technology, just as in the fable, it has often been the steady-as-she-goes tortoise who wins the race.

All of that holds true where the pace of progress remains within certain limits.

Consider how long it took from the time where first desktop PCs were being sold to the point where it was impossible to imagine a business managerial role without a PC of some variety being on that person’s desk. The early adopters might have jumped on board in the early 1980s, but there were still senior executives who refused to countenance having their own PC well into the late ‘90s. Their attitude? Desktop devices with keyboards were for administrative staff… those tortoises could afford to be a full 15 years or so behind the hares in some cases, and still catch up.

Now consider the speed of adoption of smartphones. The first business email class devices started to be sold in the very late 1990s. By 2008, smartphones had moved to the all-touchscreen paradigm we know and love today, and company-issued devices (just known as ‘phones’ now) were ubiquitous across the enterprise environment. The tortoises needed to be much more nimble – maybe only 5 to 7 years behind those early adopting hares.

The pace of change is accelerating, and we’ve had more than another decade of acceleration since the smartphone became de rigueur.

Covid, and the terrifying charts published daily by news organisations, meant that even the least mathematically-inclined reader suddenly gained a deep intuition about exponential growth curves and how rapidly a trickle becomes a flood. Technology change is on an exponential path, meaning that the tortoises have less and less time to keep up with the hares…

A strange game … the only winning move is not to play

In the 1980s scifi classic “Wargames”, Matthew Broderick’s character David persuades the rogue AI Joshua, running on the WOPR computer which controls missile launches, of the theory of Mutually Assured Destruction using a game of tic-tac-toe. The result is chillingly summed up by the newly-enlightened Joshua with the assertion that in both tic-tac-toe and global thermonuclear war “the only winning move is not to play”.

For businesses, when it comes to technology change, not playing at all is not an option.

There are still rare examples of businesses that survive dramatic industrial upheavals using ancient techniques, and eventually that very survival becomes a novelty-driven USP. There are still a few blacksmiths to be found, and horses used for transport, despite living in an age of massive steel foundries and cars. We might wonder though, for every one that still plies a trade, how many got swept away in the industrial and transport revolutions? AI will do for intellectually-driven labour what steam engines, electricity and industrial robots did for manual labour. Avoiding AI altogether is a good way to consign your business to the graveyard of history.

When it comes to adopting AI, not playing is certainly a losing move.

This is the challenge AI presents – not playing at all is not an option, and the time period between the first early adopters and mainstream adoption has been shrinking. When is the right time to jump in?

The very nature of AI itself only exacerbates the challenge. The pace of change is set to accelerate at an unprecedented rate, with new developments and innovations happening every day. Those who wait to adopt AI will quickly find themselves left behind, as their competitors race ahead with the latest and greatest technology.

With AI, the potential upsides – the productivity gains, the insights, the efficiencies unlocked – can be enormous. For many years technology has been steadily breaking the link between the number of employees a business has and the productivity (and therefore profit) it can achieve. As AI allows an ever-increasing array of tasks traditionally undertaken by relatively highly paid knowledge workers to be undertaken by lower-cost machines working 24/7, those businesses that adopt AI effectively swiftly accelerate away from competitors still dependent upon exclusively human labour.

This doesn’t mean an all-AI workforce by any means – across many industries, AI augmenting and amplifying human teams seems to be the best balance. But an effective AI-augmented team will significantly outperform a team without AI assistance every time.

The net result? Where we might have otherwise expected a grace period of a few years for the mainstream to ‘catch up’ to the early adopters without there necessarily being an unbridgeable gap, in reality this time period might be far shorter.

We’ve commented in other articles published on the Technology’s Legal Edge blog about the impending AI Act in the EU. With (what we expect to be) a near final text now in circulation, and the trilogues in process, at the time of writing we’re probably still some months away from the AI Act becoming law. Even when it does, Article 85 provides for a 36-month period before it enters into force. It is likely to be some time in 2026 before the first fines for non-compliance with this horizontal cross-sectoral legislation are issued. Other countries already have sector-specific or use-case-specific AI laws on the statute books and in force already, and there will be many more before the AI Act is in force. To pick just two examples: New York State has, for some time, regulated the US of machine learning within recruitment processes, and from January 2023 China will require identifying marks to be included on any AI-generated images and other content.

As is ever the case though, legislation and regulation will lag well behind the technology.

There is strong evidence that those adopting internal AI policies ahead of the AI Act spur a mini-explosion of innovation and creativity. As we examined in a recent article, the very existence of AI policies grants implicit permission to those within the organisation to find creative opportunities to deploy AI - all within the risk, compliance and ethical boundaries set out in the policy. The result tends to be that the investment in getting policies in place and creating the necessary governance frameworks is repaid many times over, a very strong ROI to present to the finance team.

These ‘AI hares’ who get their policies in place early and adopt AI early are also placing themselves at an even greater advantage over the AI tortoises. Where, in the fable, it is the hare that had to take a rest mid-way through the race and allowed the tortoise to overtake, the AI hares are the ones who will be able to keep running. By adopting policies that are aligned with the known direction of travel for AI law and regulation, the AI hares will not have to go back and undertake significant remediation work to achieve a good level of compliance with the AI Act and other laws as they come into force. The AI tortoises on the other hand, likely unwittingly operating some systems that will fall within the ambit of regulation, may have a remediation pit-stop forced upon them.

In other words, the hare will win out by a long way in the AI race. Those who embrace AI early will quickly gain a significant advantage over those who wait, and will be able to dominate their markets and drive out their competition. Those who wait will find it increasingly difficult to catch up, and may ultimately be forced out of the market altogether.

So what does this mean for businesses and individuals? The time to act is now. Those who want to stay competitive in the coming years need to start thinking urgently about how they can incorporate AI into their operations and strategies.

The future is coming, and it's moving faster than ever before. Don't get left behind.

You can find more views from the DLA Piper team on the topics of AI systems, regulation and the related legal issues on our blog, Technology’s Legal Edge.

If your organisation is deploying AI solutions, you can undertake a free maturity risk assessment using our AI Scorebox tool.

If you’d like to discuss any of the issues discussed in this article, get in touch with Gareth Stokes or your usual DLA Piper contact. 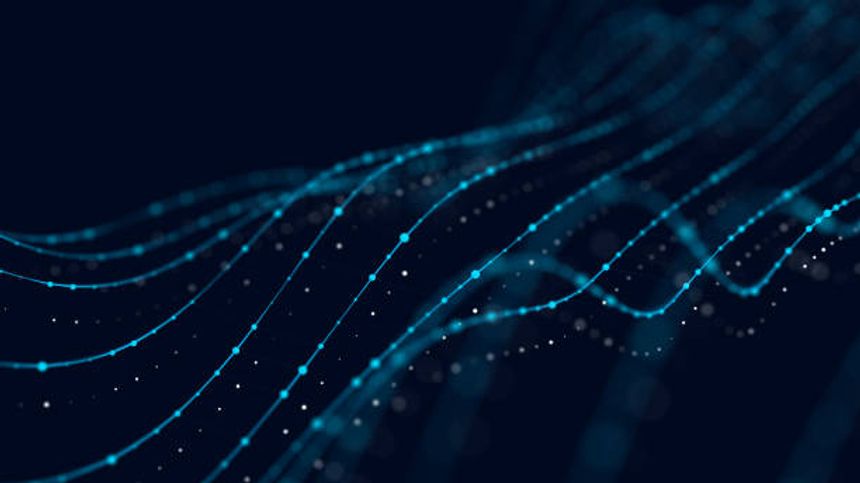 Gareth Stokes
By Nick Fitzpatrick
Over recent years, there have been a number of examples of racism in sport, and as a global law firm we understand that these issues are...