This browser is not actively supported anymore. For the best passle experience, we strongly recommend you upgrade your browser.
All Posts Subscribe
January 9, 2023 | 4 minutes read

The return of the Online Safety Bill 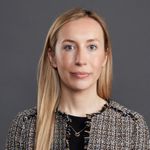 The draft Online Safety Bill (the Bill), the Government’s flagship proposal for legislation regulating online content (…originally unveiled in the Online Harms White Paper in April 2019 by Theresa May with the aim of ensuring “the UK the safest place in the world to be online”) returns to Parliament having survived four prime ministers and seven departmental secretaries on its long journey to becoming law.

Since 2019, the scope of the Bill, which was originally focussed on tackling online abuse and harassments, has snowballed packing in measures to tackle a wide range of other illegal and harmful content which adults and children may encounter online. For example, by restricting fraudulent content and imposing age verification on pornography and provisions relating to “deep fakes”. It now also seeks to tackle child protection concerns in relation to content relating to self-harm and suicide.

After a summer of delays, the Government has sought to address criticism both as to the overall scope of the legislation and perceived threats to freedom of speech. Paul Scully the current Minister for Tech and Digital Economy published a statement on 30 November 2022 saying that: “The approach we are taking has three main aims. We are strengthening the protections for children in the Bill, ensuring that adults’ right to legal free speech is protected, and also creating a genuine system of transparency, accountability and control to give the British public more choice and power over their own accounts and experience.” As a result in December 2022, the Government introduced amendments to the Bill in an attempt to smooth the path of the Bill’s remaining journey through Parliament.

The amended Bill replaces the harmful but legal offence with a “triple shield” for adult users. The triple shield requires platforms to remove all illegal content, remove content that is banned by its own terms and conditions and empower adult users with tools for tailoring the type of content they see and hiding potentially harmful content if they do not want to see if on their feeds. This third element is effectively an opt-out for adults and is likely to be implemented by platforms using the now familiar cookie consent style toggles already found on websites and apps. [Note that, the triple shield applies to adults only and children will continue to be afforded greater protection and will automatically be opted-out of such content.]

The “self-empowerment” tools will be required to include features which:

The platforms will now also be required to include clear and accessible provisions in their terms of service specifying which features are offered in compliance with these obligations.

In addition to the obligations for platforms to protect journalistic content, the amended Bill includes an obligation to comply with 25 duties to protect “news publisher content” which include (subject to exceptions) requirements that the platform contact news publishers prior to any action (i.e. taking down content, restricting access or labelling the content with warning labels) being taken and additional obligations where the platform has failed to provide such notification. For the purpose of the Bill, “news publisher content” covers any content generated on the service:

The Bill already sought to protect children by:

However, additional transparency measures now impose requirements for the largest platforms to also publish summaries of the outcome of their risk assessments for content that is harmful to children.

What can we expect next?

The Public Bill Committee met on Tuesday 13 and Thursday 15 December 2022 to scrutinise the updates to the Bill on a line-by-line basis. According to the Minister’s statement above, we can expect that the Bill will now pass to the House of Lords for consideration in January 2023, as the clock is ticking for the Bill.  If it hasn’t received Royal Assent by April 2023, according to Parliamentary rules the legislation will be dropped entirely, and the process would need to start again in a new Parliament.

We held a session on ‘Online harms and media regulation’ as part of our Media, Sport and Entertainment summit held virtually in September and October 2022:

This session and each other session in the programme, which covered the full spectrum of the MSE industries and provided insights on current issues and opportunities, is now available to watch online – click on the link below to access the recording.

Duncan Calow
Partner
By Nick Fitzpatrick
Over recent years, there have been a number of examples of racism in sport, and as a global law firm we understand that these issues are...