This browser is not actively supported anymore. For the best passle experience, we strongly recommend you upgrade your browser.
All Posts Subscribe
August 9, 2019 | 2 minutes read

Thirty million dollars up for grabs, forty million contestants whittled down to a hundred finalists over a grueling ten week qualification period, a sold-out crowd at the world's largest and most iconic tennis stadium, and millions watching live online; the inaugural Fortnite World Cup kicked off at the end of July.

The first of its kind event demonstrates the meteoric rise of e-sports and bore many of the hallmarks of traditional sporting events, with the winner (Kyle "Bugha" Giersodrf, aged 16) taking home US$3 million, more prize money than the Wimbledon champion. This will clearly not be a one off: with household names such as BMW and Coca-Cola becoming e-sports sponsors, and celebrity appearances from music star Drake, e-sports is very much here to stay. With dozens of high-profile events already in the schedule for later this year and more well-known names getting involved, there is enormous potential for future growth.

The gaming industry is already the largest entertainment market worldwide, with revenue up 18% to $43.8bn eclipsing the $41.7bn film industry. Individual gamers often possess personal cult followings in the tens of millions on streaming services such as YouTube. Some of the earlier entrants into the video game streaming market such as KSI, who made his name making content on the EA Sports videogame FIFA, have become celebrities in their own right, branching out into music, comedy and even boxing.

As the e-sports sector continues to grow, specialist teams, leagues (e.g. the establishment of the ePremier League) and events are being established; and e-sports is also starting to feature alongside traditional sports at multi-disciplinary events such as the South East Asia Games. As a new sector, e-sports presents a significant opportunity for established businesses in related sectors. Much like traditional sports, there is great potential for marketing, merchandise, events and even gambling. E-sports teams now sell replica kits at prices which rival professional sports clubs, and many of the UK's most well-known bookmakers have expanded into the sector with a recent report from the UK's Gambling Commission revealing 8.5% of British adults have already placed a bet on e-sports.

These new opportunities bring with them new commercial and legal challenges, from the nuances of an e-sports sponsorship agreement to regulatory issues around whether restrictions on marketing around traditional sports (that apply for example to alcohol, tobacco, and gambling in certain countries) extend to e-sports.  As with all emerging sectors, it is not yet clear how e-sports will mature or what the e-sports landscape will look like in the medium term, but what is clear is that this is only the beginning.

The finals of the Fortnite World Cup are taking place in a stadium in New York, with the winner set to earn more prize money than Simona Halep and Novak Djokovic won as Wimbledon champions 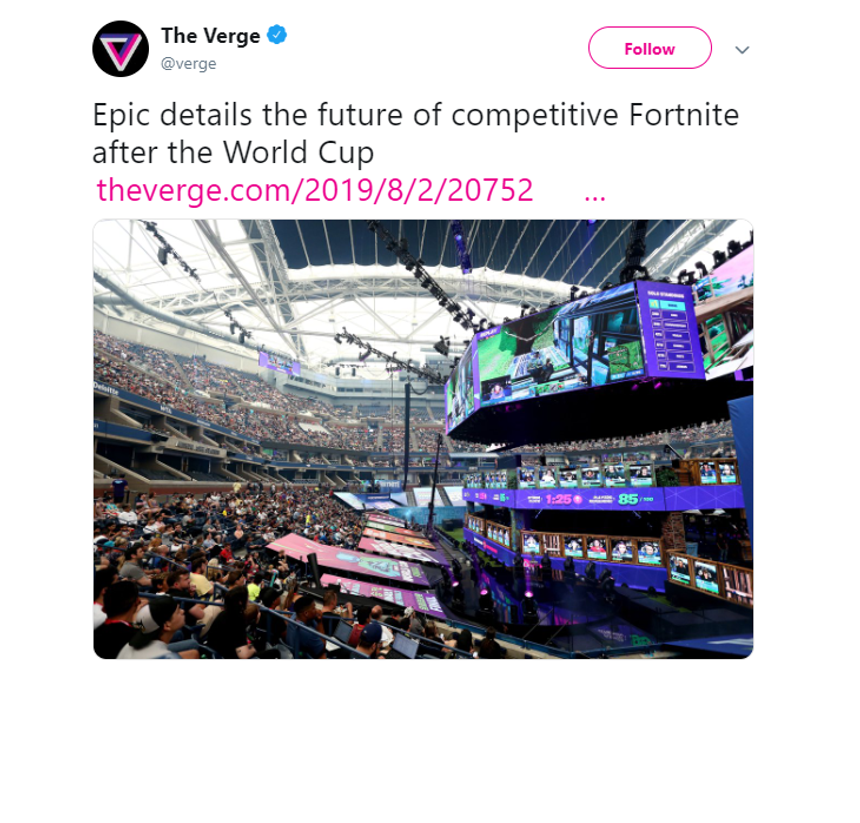 Are #esports real sports? No longer relegated to the fringes of @espn, #Fortnite's successful #WorldCup proves esports are here to stay https://t.co/zAvzpmIGi1 pic.twitter.com/YFXXJkckb4

Professional gaming has gotten so big that #Fortnite has its own #WorldCup. But none of the tournament’s 100 finalists are women. Like traditional sports, women in e-sports have to navigate a toxic culture. https://t.co/AgQWJoiBzj