This browser is not actively supported anymore. For the best passle experience, we strongly recommend you upgrade your browser.
All Posts Subscribe
November 10, 2020 | 6 minutes read 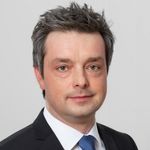 The new State Media Treaty (MStV) has come into force on November 7th, 2020. It replaces the State Treaty on Broadcasting. Compared to the previous regulations, the State Treaty has an extended scope of application. Going forward, it covers not only television, radio and certain telemedia, but also applies to new gatekeepers such as search engines, smart TVs, language assistants, app stores, social media and video sharing platforms. The regulations can also apply to media intermediaries, media platforms and user interfaces based abroad.

Replacement of the State Treaty on Broadcasting (Rundfunkstaatsvertrag)

The new MStV replaces the State Treaty on Broadcasting (Rundfunkstaatsvertrag - RStV), which has been in force since 1991.The aim of the legislator is to react to fundamental changes in the media landscape and the progressing media convergence and to adapt the rules which have been applicable to broadcasting and telemedia to the digital age. In this context, the European Directive on Audiovisual Media Services also has been transposed (except for the parts which are implemented in the State Treaty on the Protection of Minors in the Media – Jugendmedienschutz-Staatsvertrag).

With the transformation of the State Treaty on Broadcasting into a State Media Treaty, the states have - as the broadly defined new title of the State Treaty is intended to indicate -  expanded the scope of application significantly and introduced media-specific regulations for services who provide or distribute media content - so-called gatekeepers (such as search engines, smart TVs, language assistants, app stores, social media as well as broadcasting and video sharing platforms). These services are now covered by regulation  as media platforms, user interfaces or media intermediaries (cf. the specific rules for telemedia). However: the sector-specific  approach is not affected - broadcasting still has a special regulatory position.

According to the definition in the new State Treaty,  media platforms are "any telemedium that combines broadcasting, broadcast-like telemedia or telemedia in accordance with § 19 (1) [online-press] to create an overall offer determined by the provider"". The term "overall offer determined by the provider" is intended to clarify that only those offers are covered where the provider himself decides on the selection of offers. Thecriterion is intended to demarcate "media plattforms" from the also new defined "media intermediaries", whereby the demarcation should be based on  the circumstances of the individual case, in particular with regard to design, content, circle of recipients and technical structure.  The distribution channel is not relevant for the question whether a platform is a media platform.  Thus, infrastructure-bound media platforms (e.g. cable TV networks, IPTV) are covered as well as media platforms in open networks (e.g. OTT services), whereby the density of regulation is partly scaled and also depends  on threshold values.

In contrast, a media intermediary is "any telemedia which also aggregates, selects and presents journalistic and editorial offers of third parties in a generally accessible way without combining them into an overall offer".  Only those media intermediaries are covered that "also" aggregate, select and present journalistic and editorial offerings of third parties in a generally accessible way and thus are potentially relevant for the opinion forming process. According to the official justification, media intermediaries are in general: "search engines, social networks, user-generated content portals, blogging portals and news aggregators". However, However, depending on the design, app portals can also be covered by the definition - e.g. if the portal cannot be classified as an overall offering, which could be the case if everyone can post apps on the portal without significant barriers. The definition may also include language assistants with their various functions.

The terms are associated with extensive regulatory innovations. The State Treaty provides a differentiated set of regulations for these services: From, or example, the obligation to notify the competent state media authority before the implementation of a service, to rules on findability, to technical and content modification bans, discrimination bans and certain transparency rules. In some cases, the regulationdepends on so-called reach/user thresholds. The regulations for media platforms, user interfaces and media intermediaries pursue a diversity-based approach and are intended to serve media and opinion pluralism, in particular through their rules on findability, transparency and non-discrimination.

The new provisions for video sharing services, which are covered by the State Treaty because of the implementation of the AVMS Directive, have a different  regulatory purpose. Video-sharing services are tele media where the main purpose of the service - or of a separable part of the service or an essential function of the service - is to offer programs containing moving images or user-generated videos to the public for which the service provider has no editorial responsibility. The service provider determines the organization of the programs or user-generated video, including including the use of automatic tools or algorithms. For these providers of video-sharing services, the AVMS Directive now lays down certain advertising requirements and obligations to cooperate in dealing with content deemed harmful, which are or will be regulated partly in the MStV, partly in the Telemedia Act (Telemediengesetz - TMG) and partly in the JMStV. However, individual offers can - again depending on their specific form - fall under the term video sharing services as well as, for example, under that of the media intermediary; in this respect the MStV expressly clarifies the parallel applicability of the provisions.

In general, the MStV applies to all telemedia providers established in Germany according to the provisions of the TMG. However, for media intermediaries, media platforms and user interfaces, the so-called market place principle applies According to this principle, German law already applies to media intermediaries, media platforms or user interfaces "insofar as they are intended for use in Germany", which can therefore also affect companies based abroad. In the context of the notification of the MStV, the European Commission had  expressed doubts about the application of the market place principle for platforms and media intermediaries based in other EU countries than Germany, with regard to compatibility with EU law, in particular the country of origin principle.

The MStV also extends the tasks and control powers of the supervisory authorities - more precisely, the 14 state media authorities responsible in Germany. The State Treaty includes a large number of provisions that allow the 14 state media authorities to regulate details of regulation in " common statutes and guidelines". Already since the beginning of 2020, the state media authorities have been in the process of drafting various statutes, including a platform statute, a media intermediary statute or a video sharing platform statute. These statutes are "real" legal norms with effect for and against everyone. However, these  statutes are not an "inter-federal" legal act, but rather an independent legal norm; the "common feature" of the statutes is that their contents are identical, whereas to the public each state media authority issues its own statutes according to  the procedure provided for by state law. These statutes, are only lawful if they are in accordancewith the legal basis for adopting statutes power conferred by the statutes and are compatible with priorranking law, which can be reviewed by the administrative courts (e.g. in most states in a standard control procedure before the higher administrative courts).

The MStV is in force and its scope of application has been significantly extended. In the future, every media company will have to deal with the question of whether and, if so, which part of its services is covered by (or which part of) the MStV regulation. For the industry this question will not always be easy to be answered, especially because it is still unclear how the state media authorities will specify and interpret the new regulations. And – as always – it will be necessary to consider how the Administrative Courts will deal with the new State Treaty. It remains exciting.

The German version of this blog post has been published on our blog IPT Germany.

The new German State Media Treaty is in force and its scope of application has been significantly extended. In the future, every media company will have to deal with the question of whether and, if so, which part of its services is covered by the new regulation. 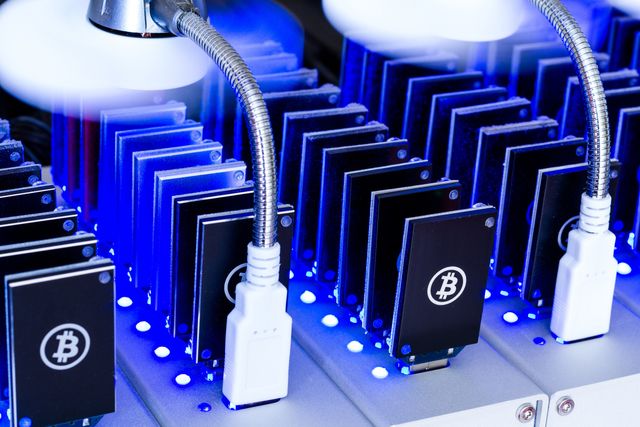