This browser is not actively supported anymore. For the best passle experience, we strongly recommend you upgrade your browser.
All Posts Subscribe
April 14, 2022 | 5 minutes read

Last Wednesday, Ed Sheeran successfully challenged the copyright infringement case brought against him by the grime artist Sami Chokri and the songwriter Ross O’Donoghue. Judge Zacaroli ruled that in writing his 2017 hit song, Shape of You, Ed Sheeran had “neither deliberately, nor subconsciously” copied a key refrain from the 2015 song Oh Why, which Chokri and O’Donoghue had jointly written.

In 2017 a proportion of the royalties Sheeran earned on the Shape of You were frozen after Chokri and O’Donoghue asked the Performing Rights Society (PRS) to name them as co-writers of the track. Judge Zacaroli considered the move to be a “tactic designed to extract a settlement” and rejected the defendants’ argument that Sheeran had taken a heavy-handed approach to the case by prematurely issuing proceedings in 2018 to demand a declaration that no copyright infringement had occurred. Two months later, Chokri and O’Donoghue launched a counter-claim alleging copyright infringement.

Shape Of You is the most streamed song in Spotify’s history and Sheeran had been entitled to claim around £5 million a year in royalties but, following the request by Chokri and O’Donoghue to the PRS, approximately £2.2 million was frozen. Despite the large sums involved, Sheeran maintained that his pre-emptive proceedings were in no way financially driven. In an interview with the BBC about the verdict, Sheeran argued that his decision to go to court was “not about money” but about “honesty”, saying that he had no option but to “stand up to what [he] thought was right”.

Judge Zacaroli acknowledged that there were “similarities between the one-bar phrase” (‘Oh I’ and ‘Oh Why’) but that “such similarities [were] only a starting point for a possible infringement” of copyright cases. Ultimately, the counter-claim failed because the defendants were unable to prove that the writers of Shape of You had heard the song Oh Why. Therefore, the judge ruled that any similarities between the two songs were a mere coincidence.

Judge Zacaroli stated that in proving conscious copying, the evidential burden shifts from the person alleging infringement to the alleged infringer “if there is proof of sufficient similarity and proof of access”. The judge rejected the defendants’ arguments that by publicising Oh Why and making efforts to disseminate the song among music industry contacts (one of whom had connections to Sheeran), Sheeran had heard the song. Judge Zacaroli stated: “It clearly cannot be enough to shift the burden of proof that a song was uploaded to the internet, thereby giving the alleged infringer means of accessing it.” Judge Zacaroli added: “irrespective of where the burden lies, infringement requires there to have been actual copyright, which necessarily entails that the alleged infringer not only had access to the original work but actually saw or heard it.”

In a short video released on Sheeran’s social media accounts as well as during the BBC interview, Sheeran referred to an argument raised by the defendants that Sheeran must have copied part of the Oh Why refrain as such an idea, and the creation of a whole song, could not have been achieved in only 90 minutes; the length of time Sheeran claimed it had taken him to write the song. The position taken by the defendants’ QC that “speed was indicative of copying” was rejected by Judge Zacaroli. Sheeran’s ability to write catchy songs in a short period of time was recognised by the judge as a musical strength and not something that should raise suspicion. Further examples of the speed at which Sheeran works were also included in his BBC interview. His breakthrough song, A Team, was reportedly written in only 30 minutes.

The defendants’ QC also attacked Sheeran’s talents as a songwriter, labelling him a “magpie”. In refuting the allegation, Sheeran sang Nina Simone’s Feeling Good and Blackstreet’s No Diggity during the trial to illustrate the point that the melodies they contained, if transposed to the same key, all sound very similar. Further, Sheeran pointed out in his interview that he had in the past been willing to share his royalties with other artists if situations where he has drawn inspiration from their songs, including the writers of TLC’s No Scrubs, who shared in the profits of Shape of You.

During the trial, voice notes were provided as evidence of the creative process. In one, Sheeran can be heard saying that a particular motif was “close to the bone”. The defendants argued that this implied that Sheeran was aware the melody being developed was similar to the defendants’ refrain ‘Oh Why’. Sheeran challenged this, explaining that his comment, in fact, referred to similarities with the song No Diggity, which is credited in the track, and the judge had accepted Sheeran’s version of events. Through analysing the “writing process and the evolution of the ‘Oh I’ phrase”, the judge found “compelling evidence that the Oh I phrase originated from sources other than [the song] Oh Why”.

Sheeran expressed his regret for an earlier decision to settle a £13.8 million dispute regarding potential copyright infringement of his song Photograph. His reasoning for not bringing the claim to court was that it had been made while he was away on tour and that, given previous rulings on music copyright cases, he had been advised that he would be unlikely to succeed. In the present case, Sheeran’s earlier settlement was used by the defendants as evidence of “deliberate copying”, and the scale of the settlement (a lump sum of US$5.4 million and 35% of the publishing income) was “indicative of an act of admission of conscious copying.” The judge dismissed both arguments.

In the short video released on his social media accounts, Sheeran addressed the wider problem that his court case has highlighted, that “coincidences are bound to happen with 60,000 songs being released on Spotify every day” and there being only “12 notes available”. He described how the initial euphoria of writing a new song or hook is now immediately accompanied by the fear that it might attract a copyright claim. He called for further discussions to be held within the industry to ensure that musicologists’ reports cannot be used as a scare tactic and stifle creativity. The result being that instead of writing songs, artists will be focusing their energy on having to “prove that they can write them”.

In his BBC interview, Sheeran described how an earlier high-profile US copyright case had opened the floodgates to litigation in the music industry. In 2018 it was found that the song Blurred Lines by Pharrell Williams and Robin Thicke infringed the copyright of Marvin Gaye’s hit Got To Give It Up. Unlike in Sheeran’s case, the verdict was not reached through analysing evidence of substantial parts of the piece, such as the notes, melody or lyrics. The jury found that this was not required in order for copyright to be infringed. In the subsequent appeal, which upheld the infringement, dissenting Judge Nguyen stated that the outcome of the case had enabled the applicants to “accomplish what no one has before: copyright a musical style”. 200 musicians had filed a supporting brief in favour of Thicke and Williams as part of the appeal and the decision triggered concern across the music industry.

Musician Ed Sheeran speaks exclusively about his Shape Of You copyright lawsuit. 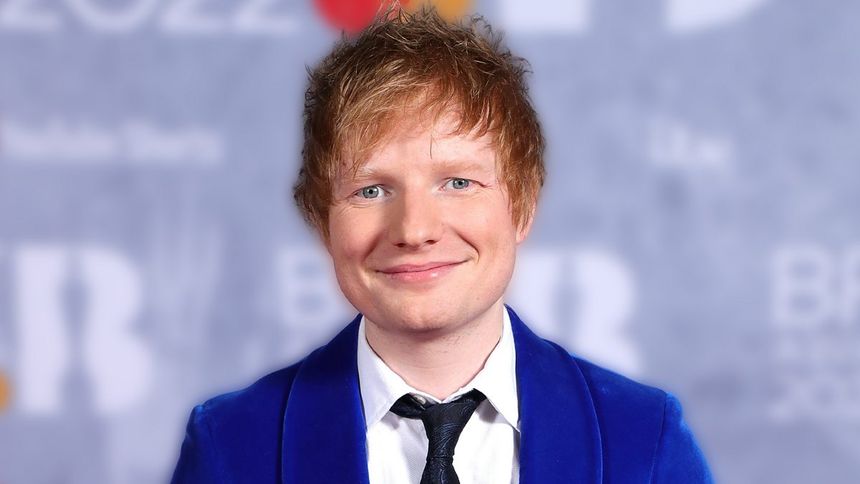 Ed Sheeran tells #Newsnight his recent High Court copyright case over one of his songs was not about money but honesty and standing up for what was right.https://t.co/uS0pk2hA09

Ed’s been dealing with a lawsuit recently and he wanted to share a few words about it all pic.twitter.com/hnKm7VFcor