This browser is not actively supported anymore. For the best passle experience, we strongly recommend you upgrade your browser.
All Posts Subscribe
July 11, 2022 | 3 minutes read

With a rise in the popularity of women's sport taking place at the same time as a generational shift in technological innovation and advancement, including the development of the 'metaverse' as we know it currently, it is no surprise that the two worlds are beginning to collide.

According to the Women's Sport Trust, 2021 was a record-breaking year, with almost 33 million people tuning in to watch women's sport across the UK. That growth in viewing figures is also extending to athletes' paychecks. Earnings across women's sport in 2021 were likewise record-breaking, with the world's ten highest-paid female athletes earning a combined $167 million in 2021 – a 16% increase on the previous record, set back in 2013.

But viewing figures and paychecks aren't the only things changing – what we are seeing athletes endorsing and becoming associated with is changing, too. The two highest-paid female athletes, Naomi Osaka and Serena Williams, have both recently dipped their toes into the metaverse; a fairly broad definition which can be considered to mean a shift in society's interaction with technology, comprising various new and innovative technologies, including cryptocurrency, NFTs and blockchain.

In March 2022, Osaka announced a long-term partnership with FTX, a cryptocurrency exchange and reportedly one of the most valuable start-ups in the world. Interestingly, some of Naomi's compensation will be paid in cryptocurrency, signifying the value the young star places on its investment. Reuters states that Osaka will be focused on "bringing women onto its crypto platform", highlighting Naomi's global appeal.

Similarly, Williams' board advisory role at Sorare, a $4.3 billion blockchain-based fantasy soccer game, has also been created with women in mind. According to Forbes, this partnership is in alignment with the company's "planned push into the North American market – with a specific focus on women’s sports".

However, we are not just seeing partnerships with individual stars; recently, we have also seen many collaborations between sports teams and companies specialising in cryptoassets in different leagues and sports across the world. Interesting examples include Crypto.com's sponsorship deals with Los Angeles' Angel City Football Club as their official cryptocurrency and NFT partner, as well as their partnership with The Australian Women's Football League, making it the first elite women's sport's competition Crypto.com has sponsored worldwide. Another fascinating partnership, between Bitso, a cryptocurrency platform based in Latin America, and Tigres Femenil, one of the most popular women's football teams in Mexico, has led to the facilitating of the first transfer of a female player funded entirely by crypto.

Whilst the extent of potential legal implications to come out of the integration of the metaverse is unclear, what is clear is that there have already been many issues surrounding the advertising of certain technologies.

The advertising of cryptoassets, including NFTs, fan tokens and cryptocurrency, has been described by the Advertising Standards Authority (ASA) as a 'red alert priority issue' for them, and one on which they are taking action. The ASA have already published 12 rulings since December last year relating to the advertisement of cryptocurrency, one of which involved a football club promoting their fan token offerings.

Interestingly, the ASA have also written a brief guide to ad regulation in the metaverse, which ultimately concludes that the potential issues to arise from the emergence of the metaverse are not likely to be much different to those already existing in the 'mundane world'. Whilst it remains uncertain how our relationship with the metaverse will play out, it is certainly worth nothing that it is something already on the radar of regulators. For further insight into this topic, watch this vlog by my colleague, Claire Sng.

There are plenty of issues still to address in the world of women's sports, including disparities in pay, broadcasting and media coverage. Yet, for all of these problems, there is an undeniable sense of optimism now growing, and this is excellently evidenced by the opportunities available to teams and athletes in the metaverse today.

It is clear that women's sport is now more influential than ever before, and its influence is beginning to be recognised by significant stakeholders in the metaverse. As what we consider the metaverse continues to grow and shape itself, ultimately, where women's sport and the metaverse may go together is unclear. However, what we do know is that where it is going already is proving to be very fascinating. 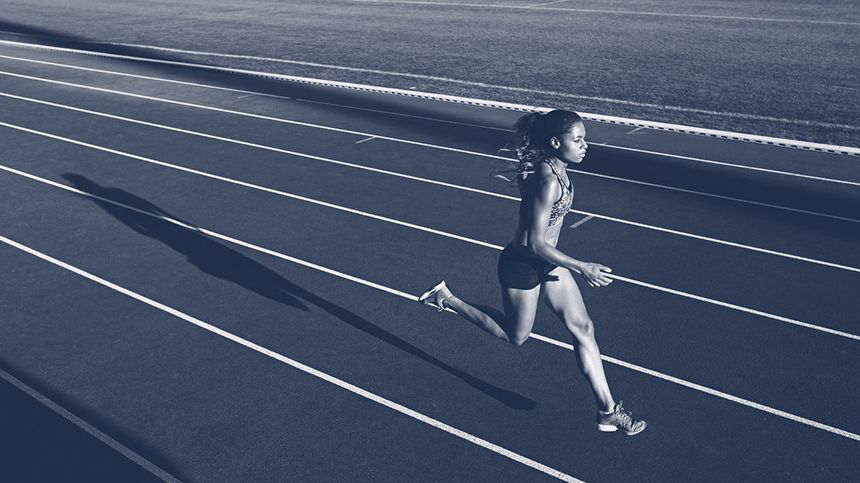